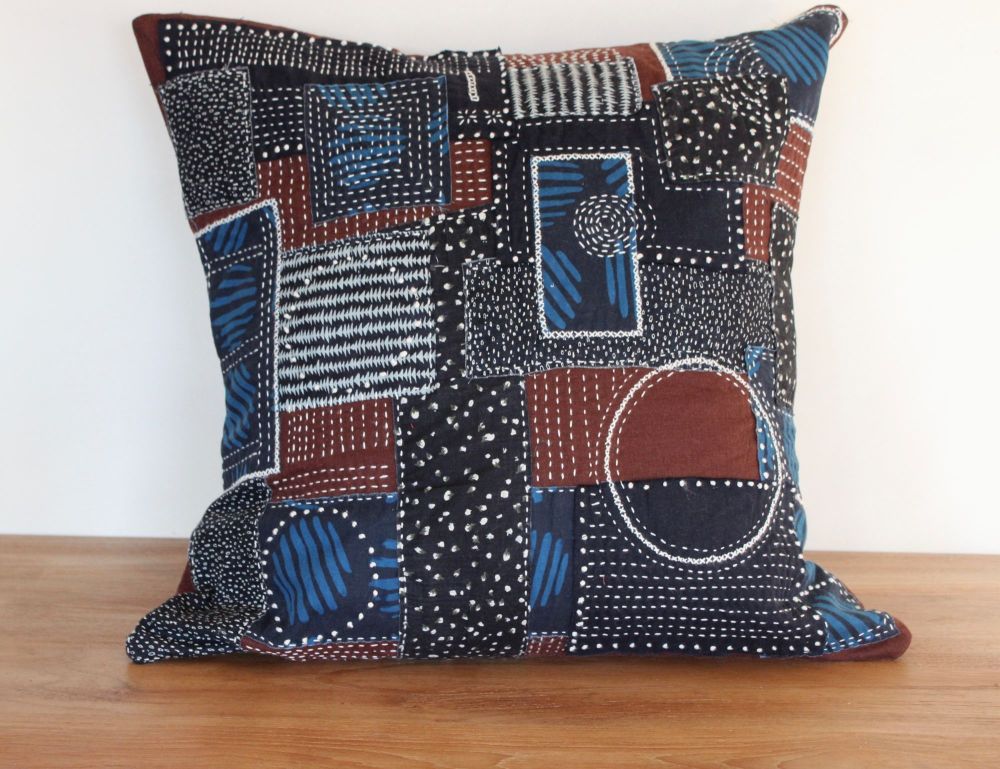 The concept for this envelope cushion came from Japanese Boro work.  Boro was originally a method of repairing or reworking textiles, often by piecing, patching and stitching and it was a way of prolonging the life of a garment.  The patches would be stitched with Sashiko running stitches often in cream thread.

Today Boro and Sashiko are often regarded as an art form and the inspiration for this cushion came from seeing some beautiful pieces of Boro work and Sashiko.

The creation of this cushion was labour intensive with many, many hours of hand stitching (or slow sewing).  I wanted to create a piece with raw edges so the 'patches' haven't been hemmed.  I used a combination of linen and 100% cotton.  There is a button fastening on the back of the cushion.

The cushion is fully lined.  The cushion pad is filled with duck feathers.

There are other Boro Inspired cushions available, which are listed separately.