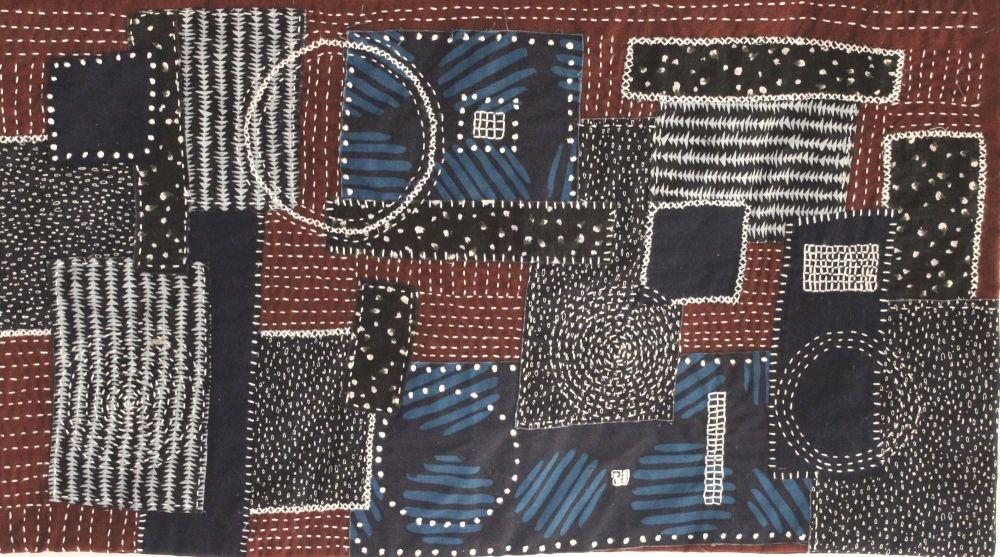 A while ago I came across some Japanese Boro work and was so impressed and inspired that I decided that I would try to incorporate the Boro method into some pieces such as cushions, bags and wall hangings.

Boro was originally a method of repairing or reworking textiles, often by piecing, patching and stitching and it was a way of prolonging the life of a garment.  The patches would be stitched with Sashiko running stitches often in cream thread.

In this wall hanging in addition to running stitches there are also some cross stitches and French knots.  There are also several of my 'signature' circles and spirals which appear in all my Boro pieces.

The creation of this wall hanging was labour intensive with many, many hours of hand stitching (or slow sewing).   I used a combination of linen and 100% cotton.

On the back of the wall hanging is a narrow hanging sleeve so that a hanging rod can be inserted (hanging rod not included).